With our lunch at The Kitchen, we have finally tried all the restaurants we are interested in at the Lisboa hotels. We were here for the steaks, and both went for the USDA Prime Sirloin Executive Lunch set. I’ve read from some blogger that this is the default place to go for steaks in Macau – high praise indeed, so our hopes were high. We were seated with good view of the oven, which unlike what some might have thought, my guess is that the oven is not wood fired, as I’ve witnessed the chef change the strength of the flames real quick, and that the wood-like objects in the flames didn’t seemed to be burning. The brand “Wood Stone” makes both wood and gas fired ovens, so that doesn’t by default make it wood fired.

First to come were the breads, and unlike the Guincho a Galera, we were actually given enough time to sample the bread before the meal. The chocolate brioche loaf was soft and fragrant whereas the other one… well we didn’t try the other one as the soup arrived soon enough. In any case, both bread were reheated in the fire oven before serving and the chocolate, which tasted like some famous chocolate hazlenut spread whos inventor just recently passed away (RIP Mr. Ferrero), was molten and delicious. 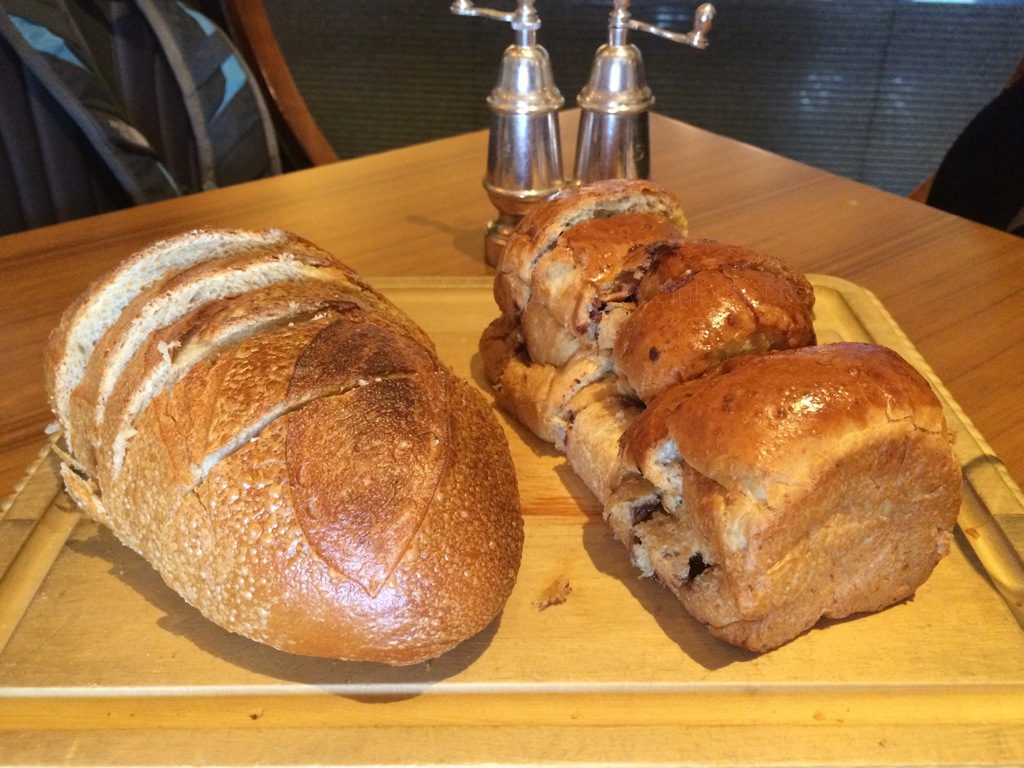 My French Onion Soup the Traditional Way was good, except for the couple burnt onion bits. The soup was served in a tureen as it should be, the broth was rich, flavoursome and well balanced, and the onion sweet. There also seemed to be double layer of crouton and cheese in the soup, a decision which I have doubts about – the steak will be heavy enough, and there is no need to fill the diner’s stomach to the brim at this stage! 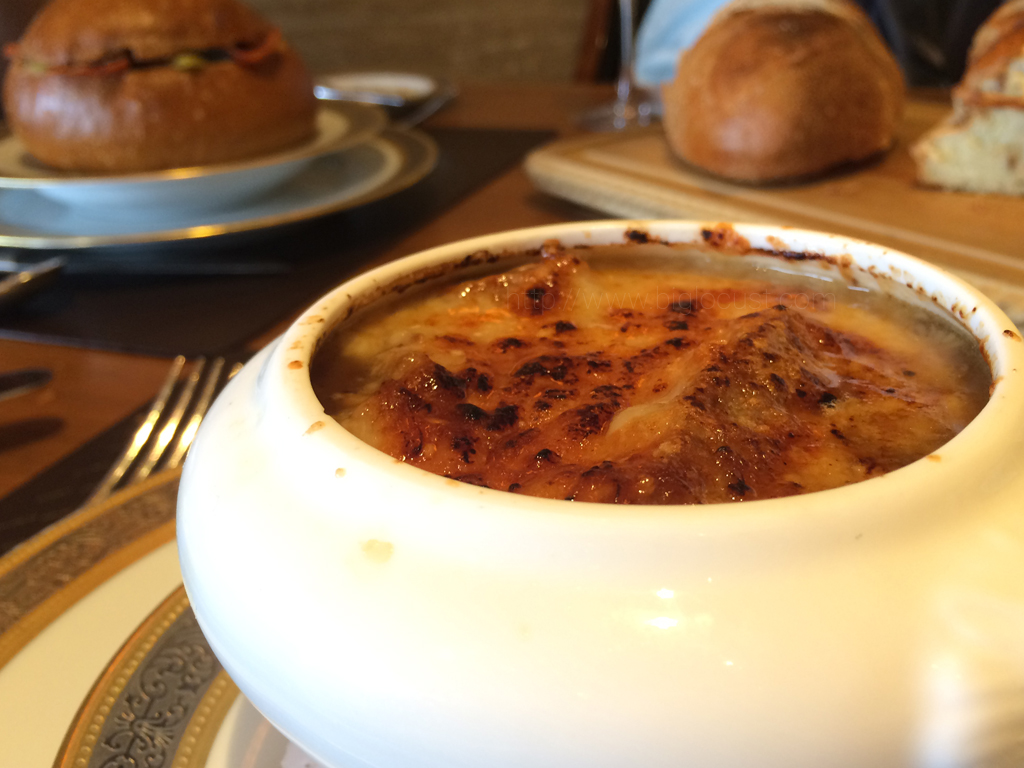 Locust Tunghok’s Caldo Verde was just as nice. I didn’t try much of it to say much about it, but she said it’s good. There are doubts about the container though. As the soup sat in the hollowed-out bread, it is soaked up and gets mushy. Probably not the best idea. The lid, though, was crunchy, well toasted and delicious. Crunch! 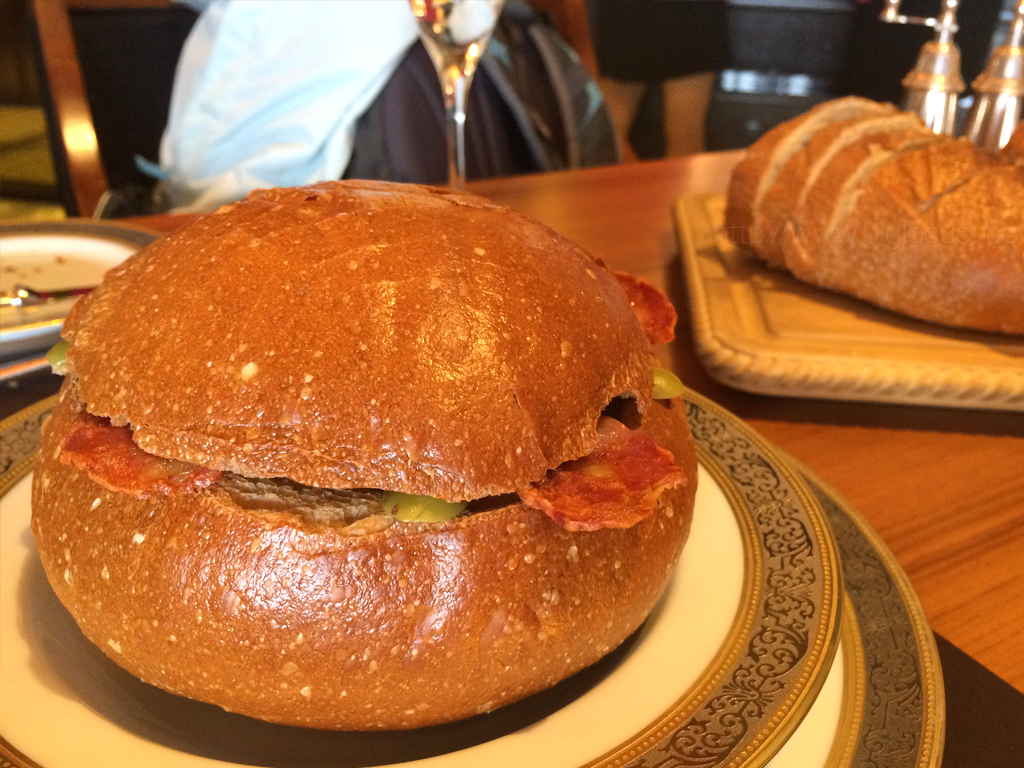 My steak, a USDA Prime Sirloin, was a disappointment. It’s not bad, just not something I’d characterise as the “default place to go”. The surface was well browned with nice grill marks, but the centre was overcooked on one side and undercooked on the other, for unknown reasons. The end I started with was more than medium, whilst the other end was close to blue rare. The mash on the side wasn’t that good, as well. Although it was slightly better than the wall-paper-pasty version at Guincho a Galera, it was still too gooey. The Bearnaise Sauce has obviously been sitting around for a while, seeing its consistency when the waitress spooned it onto ourplates and the skin that formed in her container. Could be better! 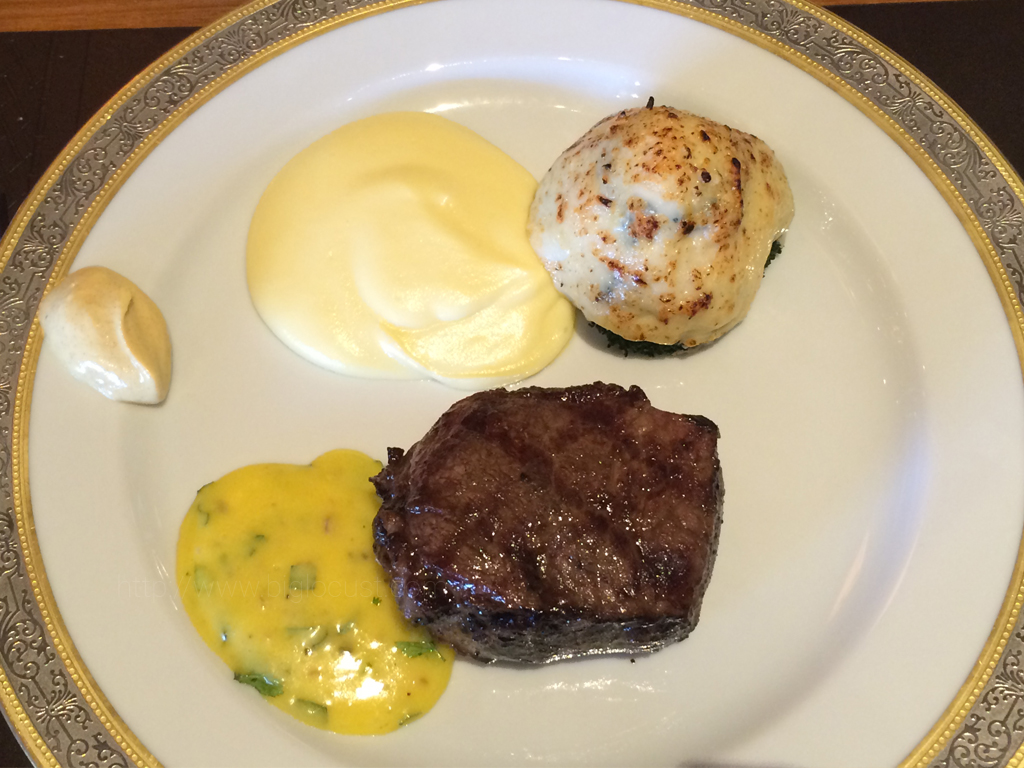 The real scare of the meal was the dessert. The Almond cake of the online menu has been replaced, and I’ll let the photo speak for itself. 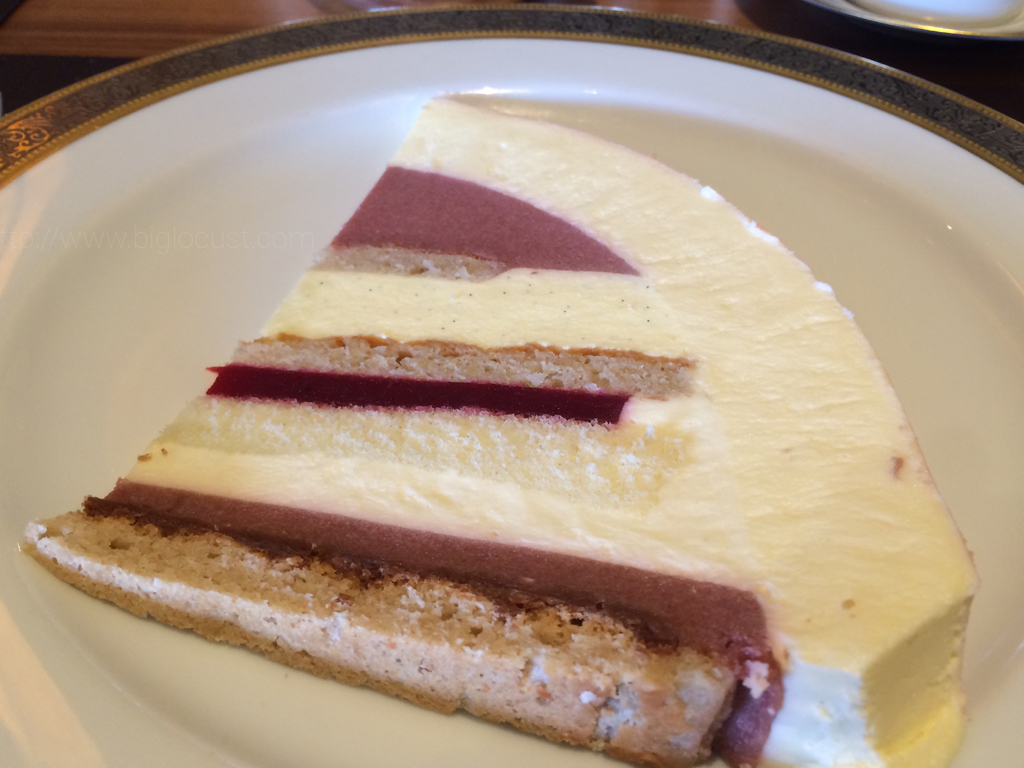 Our meal here was a good example of mediocrity. Perhaps the head chef wasn’t here for lunch service. Perhaps the grillmaster is on holiday. Perhaps the kitchen team has gotten complacent. As a customer we wouldn’t know. All we know is that having to travel here to eat, we won’t be returning. The management was good, though, as the manager Ray ran out to talk to us in the lift lobby after seeing our comments on the steak. We didn’t manage to work out why my steak failed, but hopefully they’ll eventually find out and improve.