Having had two rather mediocre, yet un-cheap, meals in Macau, we were in need of a good dinner. Fortunately we had a reservation for dinner at Pierside – we feared it would be difficult to secure a table had we not book, and that proved to be right. They were quite fully booked for the night. The shop is located near Piccolo pizzaria on Davis Street, where the old Bistronomique shop used to be.

The shop maintained the high floor height, although that didn’t help with the noise as there were families with kids screaming. The decor certainly didn’t help, as all walls were either mirrors or glass or built with hard materials. That’s never the best idea when noise would be an issue! The dinner started on a muted note. The cocktails we ordered were not very good despite mine being the namesake signature cocktail (which tasted like medicine). Probably not the best idea to order a cocktail when the menu only has 4, then!

The food, however, was much better. First to come was the US beef tartare, and at last we’re served a steak tartare that has been made and seasoned and ready to be eaten! These days restaurants so often just put all the ingredients on a plate and leave it to the customer to pick and mix, an approchach which I hate. Frankly, we pay at restaurants not only for the ingredients, but also for the chef’s skills in putting a dish together. If I were to be served chopped beef with pickles on the side and salt and pepper in little containers, what’s the chef’s role? Season the damn thing! (like what they do here.) 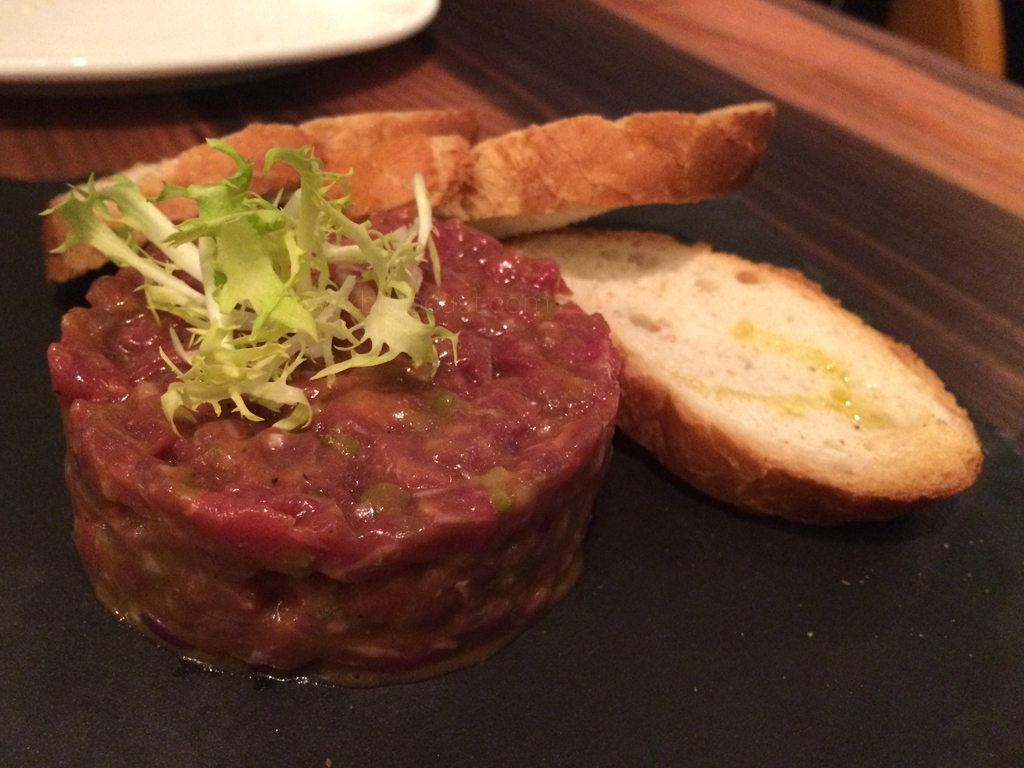 Then came the lobster roll, which was marvelous. They made sure to have an intact piece of lobster claw to sit on top just for shows. Truffle mayo not overpowering. Well seasoned. Could do with a bit more lobster in there though, as always. I’d like a second one, please! 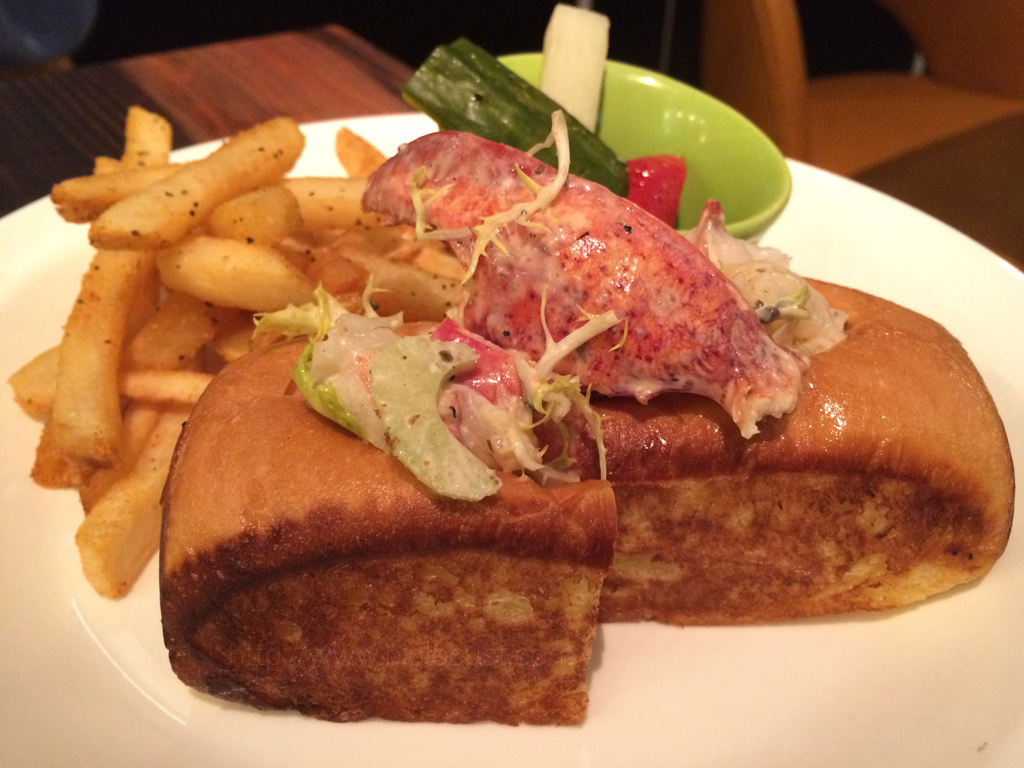 The clams that aren’t on the main menu were quite expensive (~$220) but very good. Every single one was juicy and sweet, and no sand. Nice and honest and properly made. Actually, since when has “no sand” become a rarity? I always thought it’s a basic requirement to properly clean the shellfish before cooking, yet almost every clams / mussels / shellfish we order there’s sand in it. Not here, though! 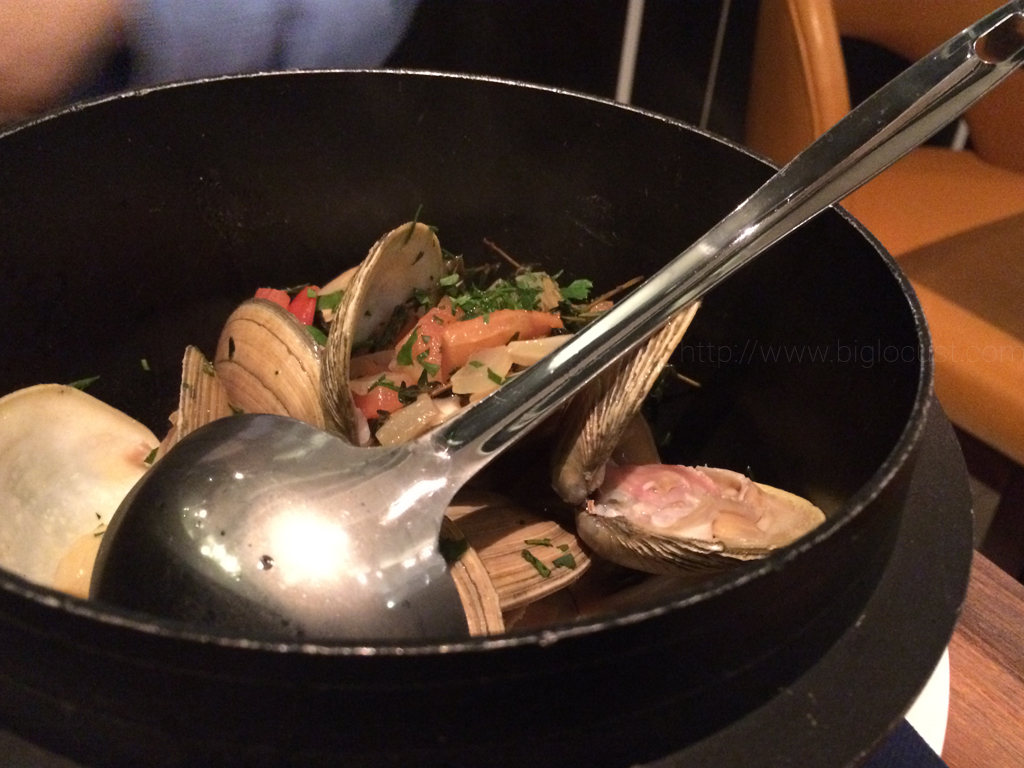 When we waited for our lamb rack, the kitchen team though they took too long, and offered us each a bowl of Lobster bisque. This was actually something we would have ordered had we not feared ordering too much. This version was rich, creamy, flavoursome and have large chunks of sweet lobster meat in it. Dude, whilst I appreciate the gesture, you don’t give away something this good! Yum! 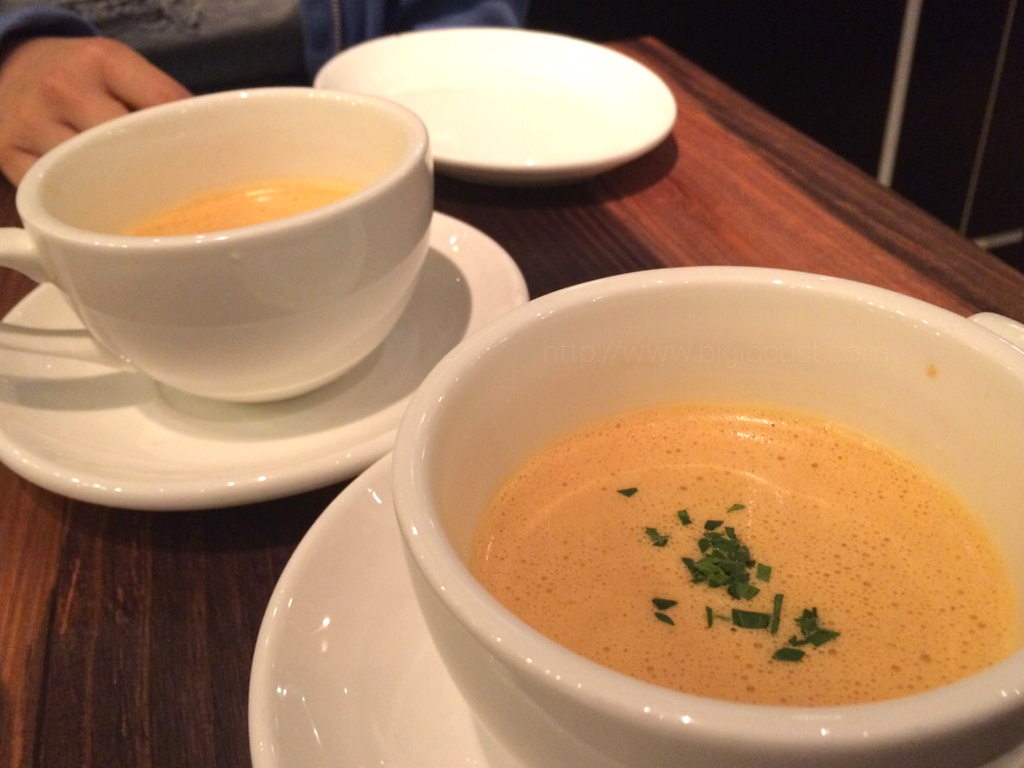 And finally, the main course arrived. The lamb rack is again not on the main menu, and were decent. It is no comparison with the superb ones we had at Chef Studio by Eddy, of course, but good. Cooked to our requested medium-rare, with crispy chips on the side (which were slightly heavy on the paprika), this was a great finale to the meal. We didn’t have much space left for dessert! 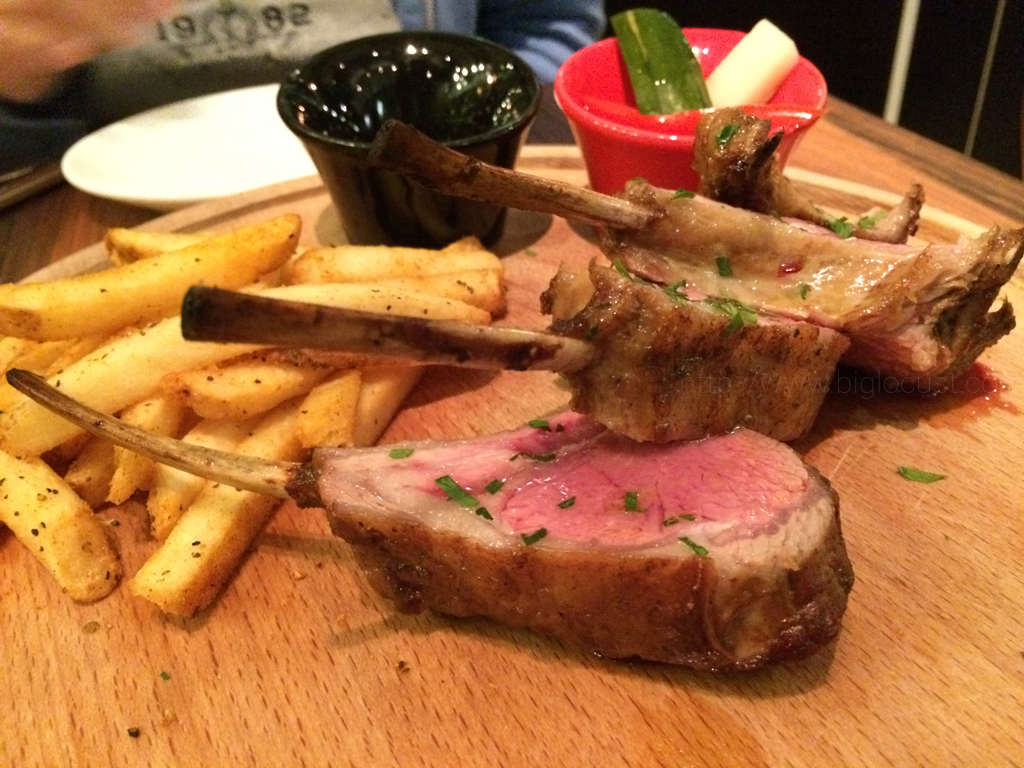 A nice and enjoyable dinner in all. Would be better if the acoustics of the space is improved so that it feels less noisy, though. I never understand the form over function attitude of these interior designers. Yea, mirrors make the space feel bigger and looks good, but that wouldn’t be of much use if it sounds like a wet market! We’ll certainly return to this restaurant some day, and it should be a good choice for special occasions, too!